OUT OF THE TRACKS. The Museums of Paris and their Famous Exhibits around interactive and entertaining themes. Personalized visits of the museums. Follow our guides !
Live this
experience

Legends and prestige of the OPERA GARNIER.

Winner of an architecture contest set up by Napoleon the Third, Charles Garnier went through numerous endeavours before he could achieve the construction of this palace of marble and gold.

Relive the history, discover the legends (the Phantom of the Opera) and secrets (the Opera is located on a former arm of the river Seine) of one of the most beautiful parisian monuments. 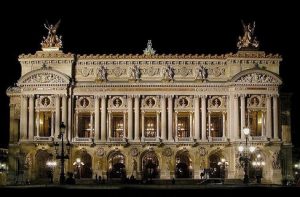 Behind the scenes at the EIFFEL TOWER.

Accompanied by our guide, who will recount to you throughout the visit numerous anecdotes, go behind the scenes of this staggering monument. You will enter first into the former bunker hidden under the Champ de Mars. A true privilege, you will then slip backstage to the surprising and impressive engine room of origin which still controls the elevators.

Arriving next at the second floor you will be greeted by the amazing and unusual view that awaits you. As a VIP, you ascend the roof of the prestigious restaurant Le Jules Verne to exclusively discover an unprecedented 360° panorama of Paris. Lunch or dinner at the restaurant 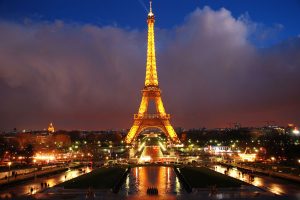